80kg, which is mostly made up of her gross mop of hair that touches her anus 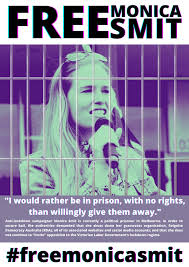 Monica first shot to fame as a contestant on the Australian version of Survivor in 2017. Reference: . After exiting the show, Smit returned to normal life and began a career selling project home designs. In late 2019 she restyled herself as a hobby journalist and by mid-2020 had become an activist and wannabe YouTube celebrity who has absolutely no problem taking money from children. 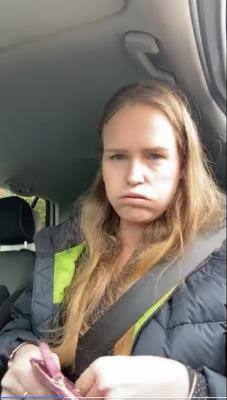 Despite all her ambitions of achieving fame she has never once considered styling her hair. 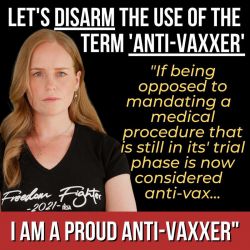 Monica is devoutly of the Roman Catholic faith and peppers her livestreams liberally with references to living in Christ and what would Jesus do. In fact Monica cut her independent pseudo journalist career under the moniker (no pun intended) Catholic Jounalist, her hard-hitting investigative works consisting of embarking on international religious pilgrimages and interviewing other zealots filled with religious fervour and writing articles for unknown god bothering newsletters to justify to their parishoners the thousands of dollars worth of grants they g(r)ifted her to go on holiday. Reference: https://www.facebook.com/catholicjournalist/photos/a.2995620743841916/3869445096459472/

Monica could do with some makeup but it is against her religion unfortunately.

Monica is also a member of The World United, a global organisation that describes itself as a "binding force which connects all Individual who are committed to personal and planetary Evolution, working together as one unified whole across the planet to create a positive global transformation.". She was very recently interviewed by them on their global YouTube channel as part of their Global Transformation Festival 2021 Reference:

Monica Smit was arrested on 3rd of September 2021 by officers from the Dandenong Police Station and arrested in relation to allegations of incitement against the state's COVID-19 restrictions by encouraging more than 180,000 of her social media followers to break Melbourne's lockdown rules and attend a protest in the CBD that was held on August 4th. She was remanded and faced trial in the Magistrate's Court over two charges of incitement and three charges of refusing or failing to comply with authorised directions. Whilst in the holding cell Monica received a message from St Joan of Arc, as cited on her livestreams, and had a vision that she must sacrifice herself and become the movement's first martyr and Australia's first political prisoner, and when bailed by police informed them she would not accept bail and plead not guilty. Smit's lawyer told Melbourne Magistrates Court that his client had elected to forgo a committal hearing, and instead proceed straight to trial. Ms Smit was granted bail in the Melbourne Magistrates Court on September 1 2021 after being charged with two counts of incitement and three of breaching the Chief Health Officer’s directions, but did not leave prison after refusing to sign a bail consent form. The case was then referred to the Supreme Court, with Monica eventually spending 21 days in remand before a Supreme Court judge on September 22 rejected several of the bail conditions sought by Victoria Police to control her behaviour , labelling some unnecessary, disproportionate and without utility. Reference: https://www.supremecourt.vic.gov.au/sites/default/files/2021-10/2021%20Smit%20%28bail%29.pdf

Monica is engaged to fellow anti-vax propagandist and pseudo-journalist larper Morgan C Jonas, who proposed after Monica was released from Dame Phyllis Frost womens correctional facility after her failed tilt at becoming our very own Nelson Mandela. Theres nothing like a prison orange onesie to really turn a man on and make him fall for you after all. She is one of 7 children and has been known on more than one occasion to have a public meltdown about the vaccination choices of her siblings regarding their children and has made threats as the psychotic auntie to go down to her neices and nephews schools and take them hostage should the Victorian Department of Health and/or Educations vaccination vans roll up to their primary schools. Monica is friends with Liberal Stephanie Baastian who features in Monica Smit YouTube videos - brumbies and open our churches during lockdown. Monica seems to have deleted her Reignite Democracy Australia YouTube video of her then boyfriend and protest organiser Morgan C Jonas @morgancjonas swearing at police while being arrested at the Flinders St station anti vaxx, fake small business protest organised by Monica on 5 Jun 2021 during Melbourne lockdown that she, Avi Yemeni and Rukshan Fernando then pretended to "report" on.

Monica and Jonas currently don’t have kids, nor do they plan on reproducing. Thank fucking Christ. Although they are dumb shits they do draw a line here as they are acutely aware of their own limitations with a combined IQ of only 39 points.

Rumours have consistently abounded since Monica's entry onto the scene that she is in fact an ASIO disinformation agent, controlled opposition working for the government and the Vatican, a Liberal party plant, a Jesuit and a member of the Church of Scientology and Country Womens Association.