Joel who was rescued from a parking lot in fyshwick. 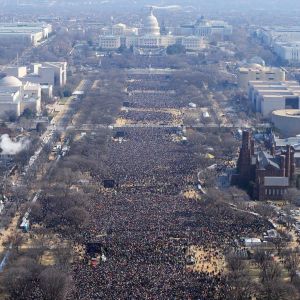 A million people at the inauguration of Barack Obama

Operation Sovereign Storm was a planned incursion on Canberra, ACT, Australia on the 12th of February at 9am.

The name of the incursion was chosen by Riccardo Bosi, echoing his military past. The Illuminati propaganda unit here at Cookerpedia decided to do an estimate of the crowd because they were sick of cookers claim that there were a million people there. Anyone who knows Canberra knows that the lawns outside APH are not going to hold fucking 1 million people, but anyway. 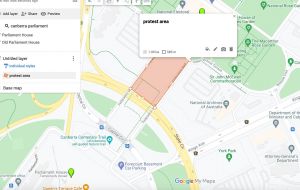 The attached images show Obama's 1 million for his 2009 inauguration compared with the numbers for Loserpalooza yesterday. They've also kindly used google maps to get an estimate for the area of the national mall and the usable area of federation mall.

Another estimate of area

A couple of notes: They've included the garden area in federation mall because the cookers were definitely overflowing slightly beyond the grassy mall area itself. They're also not sure how much of Washington mall was captured in that photo, so have tried to be conservative.

TL;DR Based on Obama's 1 million number and comparative analysis of the area size of the Washington mall and the grassy area of federation mall, the Illuminati's propaganda unit estimate the cooker protest yesterday to be ~12,500-14,000.

THE BERRA STRIKES BACK?

On 13 February 2022, the Freemason discord received a copy of a video allegedly showing a young Canberran woman confronting a cooker. The video shows a minor accident, with the Canberran partisan having allegedly rear-ended the Cooker's car at traffic lights. Upon being confronted, the young Canberran woman says "YA FOIKIN BOGAN SLUT! GET DA FUGG OUDDA CANBERRA YA SLUT!" - This verbal altercation continues until the Canberran woman appears to drive off. However, she then decides to instead mount the front end of the Cooker's car with hers in a show of utter dominance. Due to NSW plates and clear insanity, it is unsure whether the young woman is a real canberran partisan or a freemason plant. Either way, she gave off absolute #QUEEN energy.