Never far away from a mention of God, Hoody expressed his interest in baptising people in a speech to the motley crew at Camp Cooker.

“My name is Graham [...] and my struggle is pornography.”

“If there's anything else you wanna do, you do it. But don't follow me. I am not the Captain of anything. It would be like flying an airplane into a blind valley.”

— Admiral (ret) Hood, on the steps of the ACT Magistrates Court 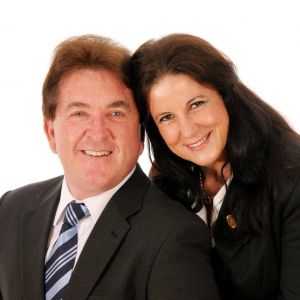 Michelle Hood saved Hoody from a crippling pornography addiction. Together, they help others to turn around their addiction. It is believed that the former pilot developed this addiction whilst a pilot for Qantas, which allowed him to travel around the world to find the most depraved and horrific pornography. Thanks to Michelle, he no longer watches pornography, but has been seen to leave multiple fire emojis (🔥🔥🔥🔥🔥🔥🔥🔥🔥🔥🔥) on posts by instagram thots, and leave lewd messages in their inboxes.

Rumour has it that it was during a no-fap November that he realised the Government is all a zionist conspiracy and the vaccines are going to turn the frogs gay.

Admiral Hood is currently involved in a leadership struggle against his archnemesis and Camp Cooker Insurrectionist-in-Chief, Riccardo Bosilini, and his sidekick 'the Guru'. Drone swarms, under the command of Admiral Hood, have allegedly conducted flyovers of Camp Cooker during Bosi's morning briefings, in order to gather intelligence. They have not been successful.

Rumours have been heard throughout the EPIC camp that Hoody is in fact, a Hillsong plant, actively working for Scott Morrison to sow discord amongst the movement.

Story time with Hoody is a frequent occurrence when Admiral Hood gets really fired up. He recounts stories he has read in various Peter FitzSimmons 'history' books about World War One and World War Two and unfortunately, due to his dementia, has mixed up details, events and even plot points between the two wars. Story Time with Hoody usually ends with a prayer to the ANZACS to watch over them, not realising that if any ANZAC was around to see this, he would clip Hoody over the ear and tell him to man up and get vaccinated.