The Battle of EPIC, also known as the Cooker Offensive or Operation Cooked Out, is an ongoing conflict in the battlefields of EPIC Campground in Canberra, Australia. Both sides are in a power struggle for leadership of the EPIC camp.

Drone swarms, commanded by Admiral Hood, have allegedly conducted flyovers of Camp Cooker during Bosi's morning briefings, to gather intelligence. As of yet they have failed to find any intelligence. Unmarked vehicles, equipped with radiation weapons, have also been sighted near the front of Camp Cooker. It is not known whether they are acting under the orders of Admiral Hood.

Bosilini's forces hoped to achieve a total surprise honking on the morning of 12 February 2022, due to a combination of Hoodite overconfidence, preoccupation with grifter plans, and poor aerial reconnaissance due to totally unexpected bad Canberra weather.

Both sides have threatened to use weaponised vaccinations.

Joel may be seen wandering the battlefield searching for his car.

This battle was postponed while the main incursion, Operation Sovereign Storm, was underway.

On 13 February 2022, Hoody conceded the battle of EPIC out of fear for the impending World Economic Forum sponsored UN invasion - declaring he would go home and catch a bream. Addressing the remaining protestors from his Luxury Presidental suite at the local Hyatt Regency, Bosi has declared that he will never concede, and claims that Hoody is aligned with the freemasons who also control the AFP UN police force. 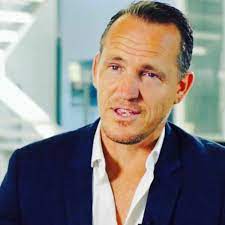 One of Saddam Insane's drone flyovers captured at EPIC. Taking the meaning of the General Atomics MQ-1 Predator drone to a whole new level. 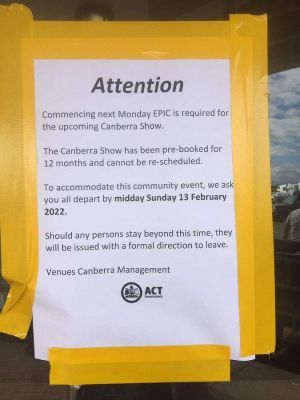 Notice from the United Nations demanding a cessation in hostilities by Sunday 13 February 2022.

On 11 February 2022, the ACT Government, under orders from the United Nations, who were under orders from the World Bank, air dropped notices around EPIC demanding that both sides immediately cease hostilities and vacate the grounds by 13 February 2022. Admiral Hood refused to recognise the authority of the World Bank, or any corporation. Bosilini laughed off the Government's threats, noting that after the weekend he'd be the Government.

On 12 February 2022 at 05:30, Bosilini's forces planned to begin an assault with a massive, 90-minute honking barrage using 1,600 cars across a 5-kilometer front on Admiral Hood's troops facing the 6th Absolutely Positively Cooked Army.

An estimated 1.4 million cars had arrived on February 11 2022 to form the Cookers Reserve, but due to a large amount of alcohol, biccies, and other illicit substances, they did not make it to the initial battle on February 12. More conservative estimates place this at around 300 cars, most of which were denied entry to EPIC when they arrived, and the drunken gronks inside the camp proceeded to interfere with police operations. Thankfully, the McDonalds truck was permitted entry to restock the EPIC gourmet dining option.

Despite the horrors of war, the Cooker Service Organisation (CSO) arranged for a range of light-hearted entertainment events, which were formalised into the Cooker Open Mic Night competition. It gripped not only the residents, but also those live-streaming the festivities from the comfort of their home. 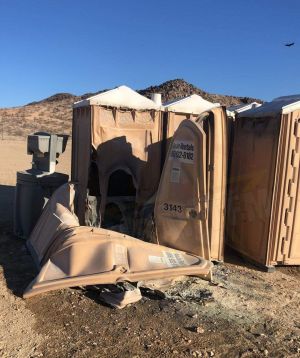 The Camp EPICs makeshift Sanitary equipment provided valiant attempts but ultimately failed to survive the onslaught of a campsite who had, for 8 long days, survived of a diet consisting entirely of RICE AND FUCKIN' ONIONS.
Retrieved from ‘https://cookerpedia.org/index.php?title=Battle_of_EPIC&oldid=1764’
Category: